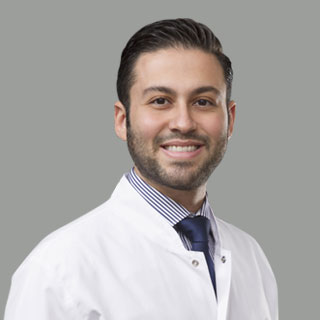 Dr. Alain Abdallah has joined Bareen International Hospital as an Obstetrics and Gynecology Specialist. Dr. Abdallah completed his residency at the American University of Beirut Medical Center. During his residency, he was a member of the Medical Center's Ethics Committee. He also received the Best Resident of the Year Award for the year 2014-2015. After completion of his residency, Dr. Abdallah went to Belgium for a fellowship in Minimally Invasive Gynecological Surgery at the CHR de Liège and received his Bachelor of Endoscopy Diploma and Minimally Invasive Gynecological Surgeon Certificate from the European Society of Gynecological Endoscopy - ESGE. During his fellowship, he received training in operative hysteroscopy and laparoscopic gynecological procedures including laparoscopic surgeries for uterine and ovarian problems, pelvic organ prolapse along with many other procedures.

Dr. Abdallah is ECFMG certified and is a member of the European Society for Gynecological Endoscopy (ESGE) and the American Association of Gynecological Laparoscopists (AAGL).