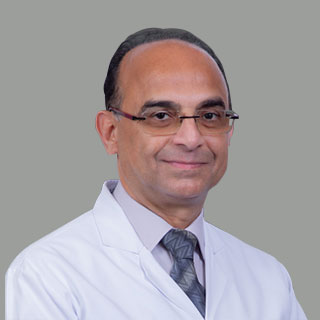 Dr. Farid Guirguis completed his MBBCh at Cairo College, Egypt in 1988. He started his medical practice in renowned university and teaching hospitals in his home country. In 1994, he moved to Oman and continued his medical practice in huge hospitals in Sur, Nizwa, and Muscat. In 2002, he moved to the UAE and became a Specialist Orthopedic Surgeon in a large government hospital then in a large private hospital in Abu Dhabi.

To his credit, Dr. Farid has trained in specialized courses in his field - conducted in countries such as UK, Canada, Germany, Netherlands, Spain, Switzerland, Denmark, Lebanon, and Asia. He became a Fellow of the Royal College of Surgeons – Glasgow UK in 2001.