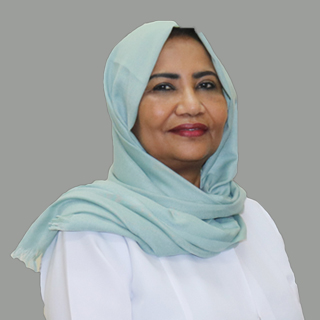 Dr. Hanaa is an International Board Certified Lactation Consultant and holds a certificate of training on laser applications in gynecology from Slovenia and Abu Dhabi.

Dr. Hanaa started her medical practice in Khartoum Hospitals, Sudan, then moved to York District Hospital, UK. In 1990, Dr. Hanaa joined a large government hospital in Abu Dhabi which specializes in mother and child care, where she started as a Resident Medical Officer until she became a Consultant. She has also worked in big private medical facilities in the UAE.

Her areas of expertise include: