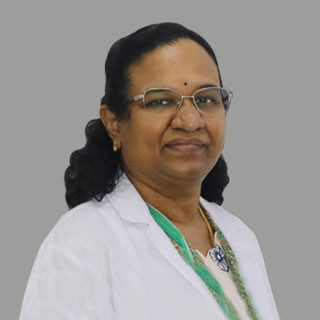 Dr. Malathi started her medical practice as a Resident Doctor in leading government hospitals in her home country in 1993. In 2007, she moved to the UAE and worked as a Medical Practitioner in large government and private hospitals in Abu Dhabi.

In addition to clinical practice, Dr. Malathi worked as a Lecturer in the Department of Obstetrics and Gynecology at Rajah Muthiah Medical College, Annamalai University, India. She is an advocate of women’s health and gives lectures to community groups and cultural associations on topics such as well woman, breast cancer screening, and gynecological cancers. Dr. Malathi’s field of interest includes fetal and reproductive medicine.